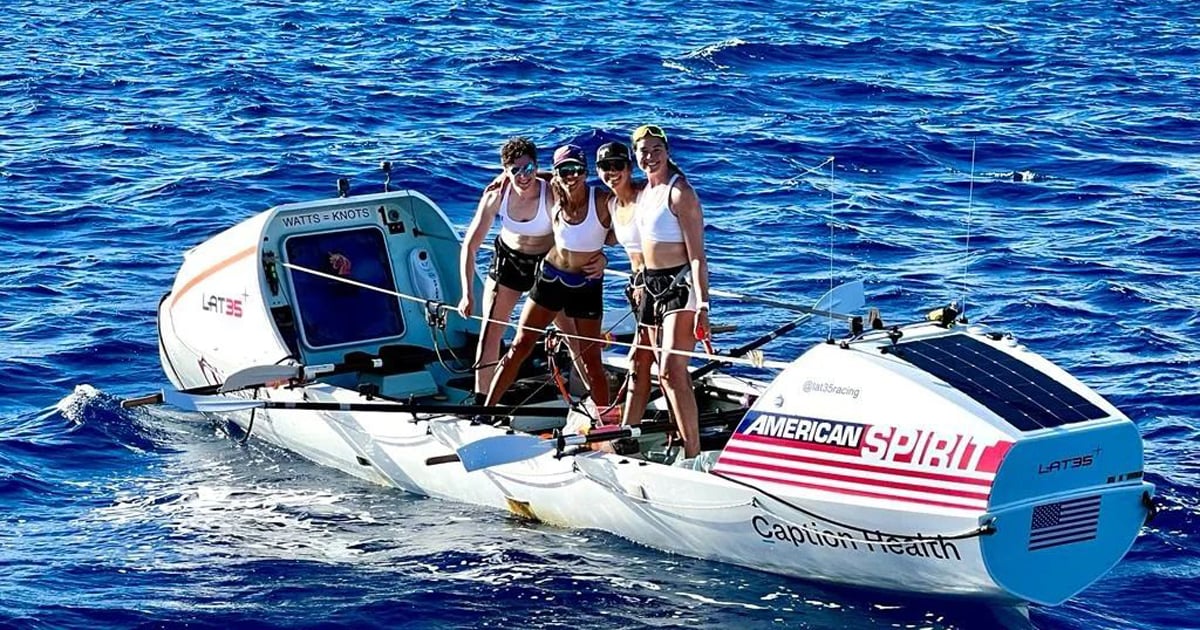 A group of four rowers achieved the seemingly impossible: rowing across the Pacific Ocean from California to Hawaii. Better yet, they did it in record time. On July 26, the Lat 35 team broke the women’s world record when they completed the Great Pacific Race in 34 days, 14 hours, and 11 minutes. The rowers — Libby Costello, Sophia Denison-Johnston, Brooke Downes, and Adrienne Smith — launched from San Francisco and arrived in Honolulu, a journey totaling 2,400 nautical miles.

The team amassed quite the following as they documented their voyage. Though the rowers were often seen smiling and singing along to music in their many dispatches, they also battled powerful winds, sleep deprivation, seasickness, salt sores, and other expected challenges that come with that much time in the open ocean. What’s more, the team, which is Lat 35’s first all-women’s, had never rowed an ocean before, making preparation that much more important.

To achieve their goal, the team rowed in pairs for two-hour shifts. They rowed all day, each day, and slept in 90-minute increments. Costello, an environmental engineer and endurance athlete, was the team’s lead technician and para-anchor specialist. Denison-Johnston, an Olympic hopeful in flat-water rowing, was the skipper and lead medic. Downes, another Olympic hopeful, served as the lead navigator and second medic. Smith, a triathlete and yoga instructor, was the logistics and campaign manager, as well as a technician.

“The ocean is wild, just like us . . . and we keep rolling with what she gives us with full hearts and lots of laughter,” Smith wrote in one of her final Instagram posts before the team made land. She thanked the team’s supporters online, adding, “We read your messages as a group and are in awe of how our decision to be in action of living big is inspiring you and your families.”

In addition to breaking the world record, Lat 35 used their journey to raise awareness and funds for the Anxiety and Depression Association of America. As of July 26, the team had surpassed their goal of $10,000. Ahead, watch the moment the team completed their record-breaking journey, and see notable moments from along the way.