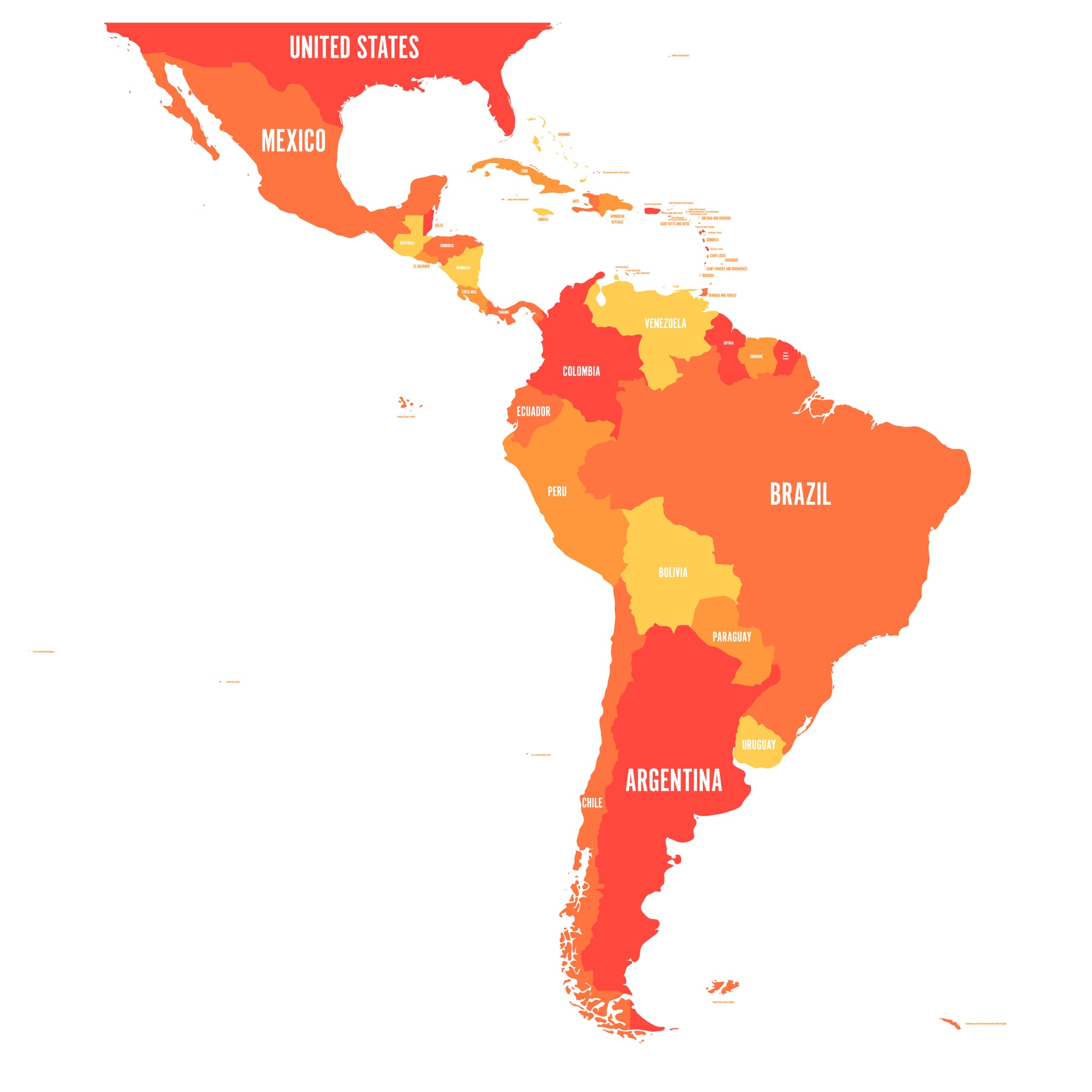 It’s time to acknowledge that we Americans know very little about Latin American history. Even what we learn at the university level tends to center on Europe’s invasion of the Americas as the beginning of history and teaches us that anything beyond that time was strictly England, Ancient Egypt, Greece, and Rome. We continue to learn about the British and Spanish empires and we continue to retell the stories and perceptions they recorded about a land and people they knew nothing about.

To understand Asian erasure in Latin America, look no further than the first contact Christopher Columbus had with the Taino people of Puerto Rico in 1492. He called them “Indios,” which as we know was a name meant for Indians from India; it’s an erroneous term that persists to this day. If Columbus legitimately believed he was in Asia, how is it that Asians have been so auspiciously left out of Latin American history when India was the intended destination of Columbus’s journey? The Philippines were also in constant contact with both Spain and Nueva Espana (modern-day Mexico). Looking at the facts, it’s pretty clear that the omission of Asians from Latin American history is deliberate and strategic. So, the question becomes: Why are Asian Latines removed from history and gate-kept from an identity that is very much theirs?

European History Is Only a Partial History

We must go back further than the “conquest” of the Americas to understand why Asians have been omitted from history. “The history of the orient is a long part of European identity. In the 15th century and the middle ages, Europe was not the power that it was in the 19th century, says Dr. Junyoung Verónica Kim, assistant professor of Latin American culture and literature at the University of Pittsburgh.

Columbus invaded the Caribbean during the height of the Ming Dynasty, which lasted from 1396-1644. Similarly, India’s Mughal Empire was a global leader in 15th-century trade and manufacturing, controlling 24.4 percent of the world economy. This all happened while Europe was still emerging from centuries of occupation, wars, famine, and disease. In 1492 after 10 years of war, Spain reconquered the Nasrid Kingdom of Granada ending almost 800 years of Muslim Empire rule in the region. Small provincial countries like Spain and England had no real resources to trade, which helps us understand why they chose to violently colonize territories with resources in order to build wealth for themselves.

Mexican-Argentine philosopher Enrique Dussel wrote in “The Invention of the Americas” that Europe’s “discovery” narrative served as a covering up and a rewriting that puts Europe at the center of history, when in reality that was not the case. In short, recognizing Asia’s economic superiority — and Asians’ by proxy — disrupts the identity of superiority that Europe was trying to create for itself.

“Latin America always thought of itself as an extension of Europe. The project of Latin America was always based on the identification with Europe and European culture.”

“Latin America always thought of itself as an extension of Europe. The project of Latin America was always based on the identification with Europe and European culture,” says Dr. Kim. This is plainly evident in the creation of the casta system in both Latin America and the Chino casta system in the Philippines. Europeans classified people they knew nothing about and it stuck even centuries later.

“Chinos Indios” and Chinese Slavery in the Colonies?

Most people don’t realize or recognize that Spain colonized the Philippines and the Americas at the same time. During the 16th century, many Filipinos who were classified as “Indios” traveled freely to the Americas as traders, soldiers, and sailors, but “Chinos” specifically from China were brought as slaves. The Manila Galleons carried mostly Chinese goods to New Spain for two and a half centuries, but also carried countless Chinese and Asian slaves to Mexico. “How do you group the Philippines? Are they Indians or are they “Chinos”?” Dr. Kim asks. “There were cases where some people couldn’t tell the Asian slaves apart from the ‘regular people’ in the Americas so they actually branded Chinos on the forehead so they could be seen as slaves. [Eventually] a lot of these ‘Chinos’ were grouped under ‘Indios’ so that only people of African descent were going to be slaves.”

As the colonies began to gain independence, intermixing and incentivizing European immigration (regarding blanqueamiento: The social, political, and economic ideology to “improve the race,” otherwise known as mejorar la raza used in post-colonial countries throughout Latin America) became the way to homogenize a very diverse population. Although the slave trade came to an end, it didn’t stop the arrival of immigrant workers from Asia or the sweep of anti-Chinese (antichinismo) laws in both the US and Latin America. Even when Chinos were now defined as “Indios, the movement and opportunity for Asians in Latin America were under constant scrutiny. Asian women were for the most part not allowed to immigrate because the Spanish didn’t want Asian families, Asian women were considered breeders. The colonies only allowed men, for the most part, and intermixing was punishable by law.

“Mexican women who married Asian men were deported, they were not considered Mexican anymore. There were entire campaigns during the Mexican Revolution where they not only killed a lot of the Chinese workers, but they would kill Mexican women and their offspring or put them on a boat and deport them.”

“Mexican women who married Asian men were deported, they were not considered Mexican anymore. There were entire campaigns during the Mexican Revolution where they not only killed a lot of the Chinese workers, but they would kill Mexican women and their offspring or put them on a boat and deport them,” Dr. Kim says. “They were used and they were disposed of. They would die off naturally or just be deported. The idea was that Asians were not supposed to stay.”

As much as we see race as a solidified thing in the 21st century, it was and continues to be an imposition of identity determined by the ruling class. There are countless recorded massacres of Asian towns and Chinese workers all over Latin America, the most infamous being the Torreón massacre in Mexico where three hundred Chinese men, women, and children were brutally killed. In Peru, there were several whole massacres of Chinese workers. To this day, hostility and open racism toward Asian Latinxs is still socially acceptable despite the fact that these are our neighbors, countrymen, and a lot of times our own ancestors whose legacy many of us unknowingly carry by blood.

In April of this year, the Royal Society published a study, “The Genetic Legacy of the Manila Galleon Trade in Mexico,” which shows Mexicans predominantly in the state of Guerrero, Colima, Guadalajara, Zacatecas, San Luis Potosi, Veracruz, Puebla, Toluca, and Mexico City, are found to have East Asian and Melanesian genetics. And it would be safe to say the same would be true for other port cities on the Spanish shipping route. “A lot of people of Asian descent in Latin America don’t know they are of Asian descent . . . People have these histories and they don’t know. No matter what they look like, people will say, ‘Yes, my family comes from Spain,'” says Dr. Kim.

There is a long and sordid history of Asians in Latin America that most Latin Americans continue to deny to this day. And it’s clear that the only way towards any actionable change is going to be through education and investigation of the myths and lies that were used to indoctrinate us — essentially what we must do is decentralize European history and begin moving forward. There is no quick fix when it comes to racism and centuries of abuse. As Dr. Kim put it, “I don’t know how we can ‘make it better.’ I think that’s putting things idealistically. I think we can make a dent and try to make dents, but we need to start asking questions.”

Can Any Workout Shoe Really Do It All? Lululemon’s Chargefeel Gets Damn Close
Angus Cloud Explains How He Got the Scar on His Head — and the Story Is Harrowing
Exercise Ball Routines for Men
Pelvic Floor Kegel Exercise After Delivery
🏋️‍♀️ Home Fitness Workout For Men | Home fitness Exercises Without Equipment