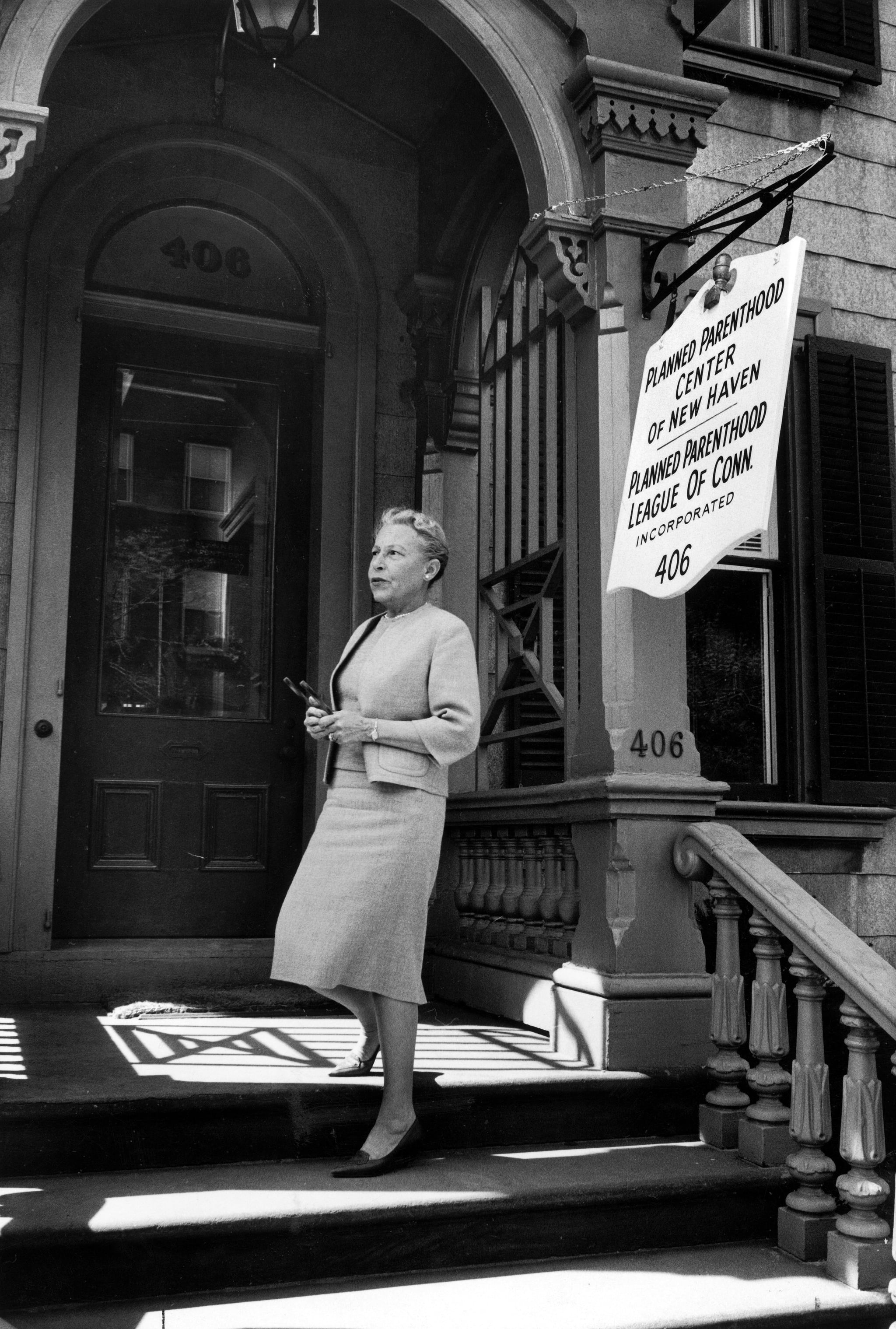 On June 24, the Supreme Court overturned Roe v. Wade and removed federal protections for Americans’ right to abortion. This blow to reproductive freedom, however, could just be the beginning of even more threats to fundamental rights about what you want to do with your body.

In his concurring opinion on the case, Supreme Court Justice Clarence Thomas argued that the logic the court used to rule against the right to abortion in this case (Dobbs v. Jackson Women’s Health) could then be used to reverse decisions in three other landmark cases — Griswold v. Connecticut, Lawrence v. Texas, and Obergefell v. Hodges, which establish the rights to contraception, same-sex consensual relations, and same-sex marriage, respectively. This is exactly what many people were afraid of when a draft opinion on Roe v. Wade was first leaked in early May.

If you’re nervous about the future of your right to contraception specifically, you may want to understand a little more about the Griswold v. Connecticut case. This brief background explains what the case was about, why the Dobbs ruling threatens it, and what it being challenged in the future might mean.

The Basics of Griswold vs. Connecticut

At a basic level, the 1965 Supreme Court case Griswold v. Connecticut ruled that married couples have the right to use birth control, says Rachel Fey, vice president of policy and strategic partnerships at Power to Decide, an organization dedicated to preventing unplanned pregnancy. That’s right — “it wasn’t until 1972, one year before Roe v. Wade was decided, that non-married people were able to use contraception legally,” she says.

The case came about because in Connecticut, there was a law from 1879 that banned the use of contraception. Together, C. Lee Buxton, a gynecologist at the Yale School of Medicine, and Estelle Griswold, head of Planned Parenthood in Connecticut, opened a birth-control clinic in New Haven, CT, according to Oyez, a Supreme Court archive created by Cornell’s Legal Information Institute, Justia, and Chicago-Kent College of Law. Their plan, apparently, was to use the clinic to challenge the constitutionality of the law before the Supreme Court — and it worked. Buxton and Griswold were convicted of violating this law, and their case eventually made it to the Supreme Court.

The case is important because it concluded that a right to privacy exists within the Constitution even though it isn’t explicitly stated, according to Cornell. Rather, the court used the First, Third, Fourth, Fifth, Ninth, and — most notably — the 14th Amendment to formulate a right of privacy adequate to protect the right of married couples to use birth control. (FTR, unmarried people didn’t earn the same right until 1972 via the case Eisenstadt v. Baird, Fey says.)

Essentially, Griswold v. Connecticut “established that consenting adults have a right to privacy in terms of sexual relations,” says Kimberly Hamlin, PhD, professor of history and global and intercultural studies at Miami University in Ohio. For that reason, the ruling then went on to heavily influence later Supreme Court cases — still working off this inferred right to privacy — which granted Americans other rights regarding contraception, abortion, and LGBTQ+ rights.

Why This Matters After the Overturn of Roe v. Wade

Because many cases in US law are ruled based on what another court previously decided about that particular matter, when one decision is reversed, it can impact all the other cases that were ruled in the same line of logic.

The June 24 Supreme Court decision struck down both Roe v. Wade and Planned Parenthood v. Casey, “which are two cases rooted in a constitutional right to privacy,” Fey says. “Other court rulings rooted in a constitutional right to privacy include the right to interracial marriage in Loving v. Virginia, the right to use contraception in Griswold v. Connecticut and Eisenstadt v. Baird, and the right to marry whom we choose in Obergefell. So these are all part of the same sweater, so to speak, and if you pull that thread, you endanger other rights, not just the right to access abortion.”

In Griswold v. Connecticut, “the Court found that intimate sexual contact was part of the ‘liberty’ guaranteed by the due process clause of the 14th amendment, which today’s ruling may call into question,” Hamlin adds.

At the moment, contraception (whether you’re single or married) is safe, but that’s not necessarily guaranteed for long. Some states such as Missouri are trying to restrict access to contraception by banning public funding for intrauterine devices and emergency contraception. “Some of the same policymakers who’ve been pushing these abortion bans have also been putting restrictions on contraception assets in a number of ways for many years,” Fey explains. “Whether that’s not providing necessary funding for the Title X Family Planning Program, which is federal family planning money, or carving out certain healthcare providers from being able to provide contraception through Medicaid, or trying to carve out certain methods of contraception from their own state’s Medicaid programs. These are just a few examples.”

And certain Republican lawmakers have made it clear they don’t agree with the outcome of the Griswold case. For example, Tennessee Senator Marsha Blackburn called Griswold “constitutionally unsound” in a video posted to her Twitter in March (though she doesn’t specify which part of the ruling she’s referencing).

Are We Going to Lose Birth Control, Sexual Choice, and Marriage Rights?

Your rights aren’t vanishing immediately, but this Supreme Court ruling is certainly cause for concern — and for a lot of reasons other than abortion. “The logic undergirding in today’s decision harkens back to a time when the only acceptable, legal sex occurred within heterosexual, patriarchal marriage,” Hamlin says.

“All of the sort of interrelated rights that allow us to live our lives on our terms and make private decisions based on our own personal values are at risk with this decision,” Fey adds. “It doesn’t mean that we’re all going to lose these rights tomorrow, but we all need to be thinking about what we can do to protect these rights going forward.”

Here’s how you can help support abortion rights and make your voice heard right now.