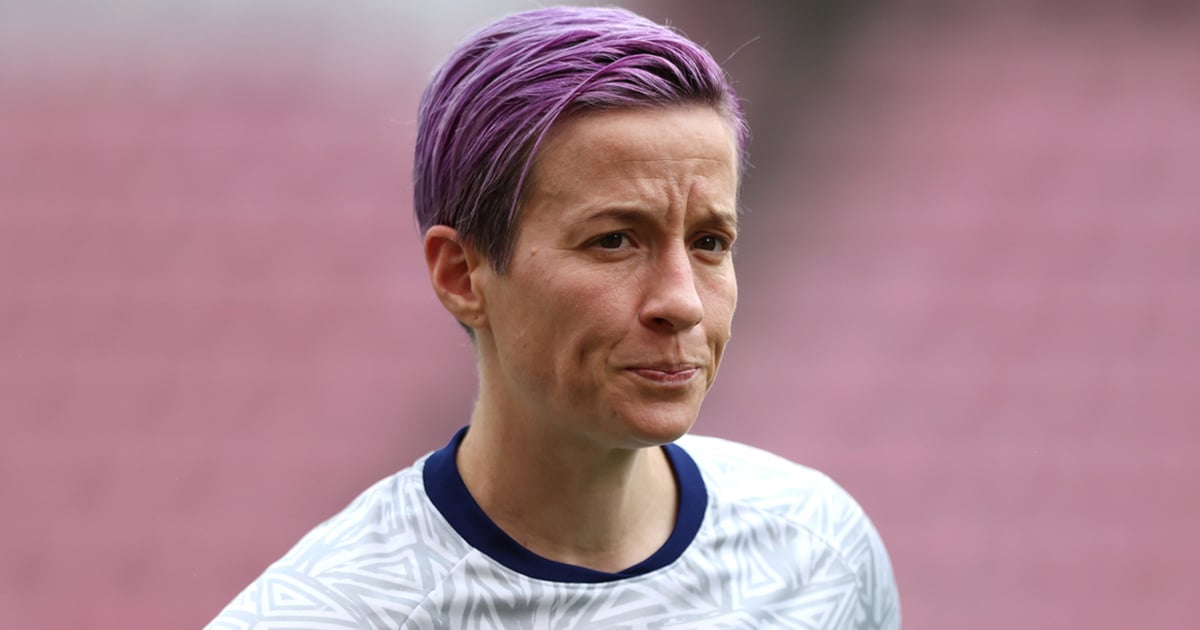 On June 24, the US Supreme Court officially overturned Roe v. Wade, the landmark 1973 case that upheld a person’s fundamental right to an abortion. The devastating decision, which threatens to immediately restrict the reproductive rights of those in at least 13 states and will likely have ramifications in many more, has aroused impassioned calls to action from numerous celebrities and former FLOTUS Michelle Obama. At a prematch press conference on Friday, USWNT star Megan Rapinoe held back tears as she reacted to the regressive SCOTUS decision.

“I wish that we could just talk about soccer today, but obviously, with the ruling on Roe v. Wade [confirmed], that takes precedence over everything,” she said. “It’s hard to put into words how sad a day this is for me, personally, for my teammates, for all the people out there who this is going to affect . . . Pro-choice means that we get to decide what is best for us because that is our right as human beings in this country and in the world. Pro-life does not allow anything other than one very strict religious view and belief system to be forced upon everyone else. So this will obviously have very wide-ranging effects when it comes to racism, transphobia, homophobia, and inequality.”

“I encourage people to try to understand the intersectionality of this.”

Taking a moment to dry her eyes, Rapinoe pointed out that the Supreme Court’s decision is a direct blow to trans people, nonbinary people, and other members of the queer community. “It affects a lot more than just cis women,” she says. “I encourage people to try to understand the intersectionality of this. I am a cisgendered, rich, white woman that lives in two of the most progressive cities in the world with the protection of not only myself and my resources, but this resource and this protection,” she added, touching her USWNT jacket, “as are all of my teammates. Not everyone is afforded that. We know that this will disproportionately affect poor women, Black women, brown women, immigrants, women in abusive relationships, women and girls who have been raped by family members, women who maybe just didn’t make the best choice, and that’s no reason to be forced to have a pregnancy. It will completely exacerbate so many of the existing inequalities that we have in our country.”

Rapinoe went on to add that the US government’s decision is “deeply rooted in white supremacist patriarchal Christianity” and sets a precedent for repealing laws that protect prenatal care, child care, food-assistance programs, gun laws, education, maternity leave, and more. “A majority male court making decisions about my body or any other woman’s body is completely misguided and wildly out of touch with the desires of the country, the will of the country, and the will of the people,” she said. “I encourage people to take a step back and come from a place of compassion and humanity and understand that, just because I believe something doesn’t mean everybody else has to. We all get to make our own choices, but ultimately, we need to come from a place of love and respect and autonomy to do what feels best for us.”

During such a pivotal time in the history of reproductive rights, Rapinoe added that the support of men is particularly invaluable when it comes to breeching the divide between those most affected by restrictions on their bodily autonomy and those in power. “Look in the mirror. You are complicit in all of this and you have the opportunity to do better every single day,” she said. “You have the opportunity to show up and make your voices heard, whether that’s in the workplace, on a media Zoom, in stadiums, in your family, the way that you vote. It is not a women’s issue, it is everyone’s issue . . . If you ever needed a motivation to vote, to get involved, quite literally, people’s lives depend on [your vote]. We’re talking life and death, and also your terms of what it means to be alive. If you can’t be your full self, what is the point?”

“We know that the lack of abortion [rights] does not stop people from having abortions. It stops people from having safe abortions . . . It’s very frustrating and disheartening, and frankly just infuriating, to hear that be the reason that people are wanting to end abortion rights and end this vital aspect of a woman’s, not only healthcare and basic safety in this country, but her bodily autonomy . . . There are an infinite amount of reasons why a woman chooses to do what they do with their body, none of which are anybody else’s business.”

As she prepares to join her team at a match in Utah, one of the states with trigger laws in place that will ban abortion in most circumstances, on June 28, Rapinoe made it clear that she and USWNT plan to continue using their platform to fight for their rights and those whose voices are not as loud. “We understand that, as a team, we have an incredible platform to do good in the world, and to me, this is not a political issue at all,” she said. “This is a human rights issue and I think the players in US soccer, everyone in this environment, and [those] back home in Chicago feel that same way and will support a group of women who rely on the autonomy of their bodies to do the thing that they love and to make this circus run. It is only in the benefit of everyone to do whatever we can to provide an environment where the players feel protected, supported, and have the utmost autonomy in their bodies.”

Post Workout Meal – Chicken & Rice | The Golden Balance
Why Is the Internet So Angry at Kim Kardashian For Posting Her Body-Fat Percentage?
Best Jawline Exercise For Men I Jawzrsize OR Chisell
Jane Fonda Is the New Face of H&M Move, and We Want Every Single Piece
Pelvic Floor Kegel Exercise After Delivery