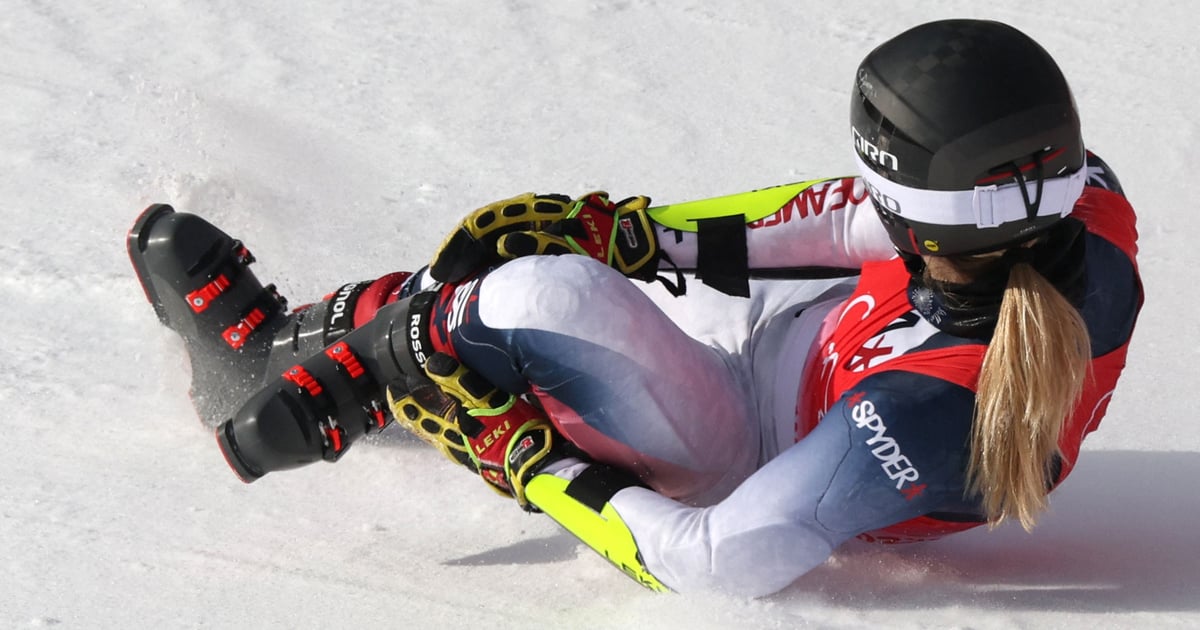 After US skier Nina O’Brien’s horrific crash on her second run of the giant slalom at the 2022 Beijing Olympics, she was carried off the course on a stretcher with an injured left leg. The US Ski Team announced on Instagram that she “sustained a compound fracture of her left tibia and fibula.” O’Brien was transported to the hospital in Yanqing and 24 hours later had a successful surgery to stabilize her tibia. She will return to the US for further evaluation and care, and AJ Hurt will take her place in the women’s slalom on Wednesday.

O’Brien posted this photo of herself in a hospital bed with the caption, “💔 Well, I gave everything I had, and maybe too much.” She added, “I keep replaying it in my head, wishing I’d skied those last few gates differently. But here we are,” and said she’s in good hands after surgery. O’Brien thanked everyone who’s taken care of her, especially those who rushed to her at the finish line and to all her doctors and nurses in Yanqing.

“I’m a little heartbroken, but also feeling so much love,” O’Brien said. She’s thankful to everyone who has reached out to her. “My phone is flooded with messages, and waking up to your words means more than you know,” she said. O’Brien is smiling, staying positive, and keeping the spirit of the Olympics alive. She said, “The good news is that today is a new day – and I get to cheer on my teammates. Good luck to everyone competing and enjoy it.”