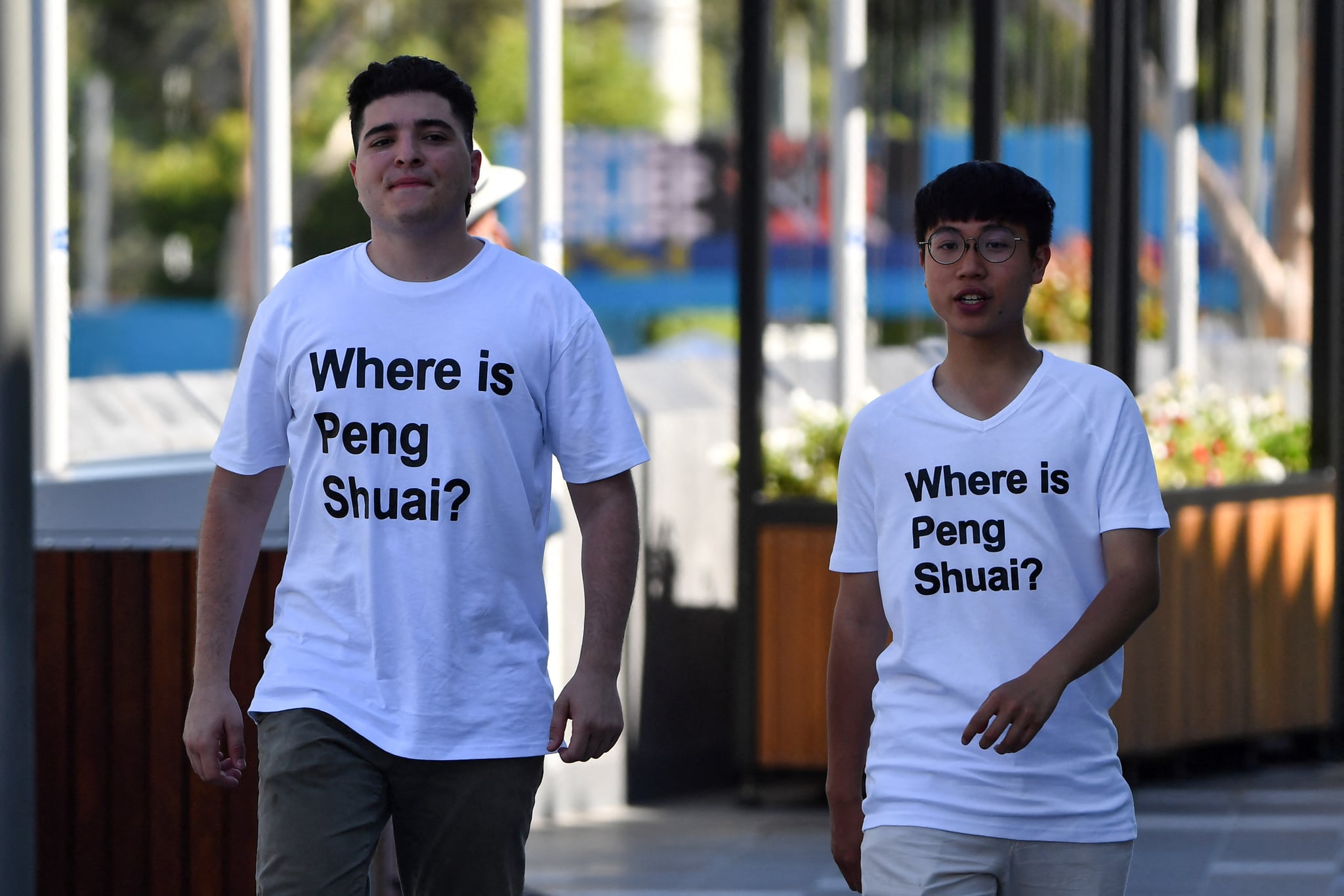 Activist Drew Pavlou hopes to raise enough money to print 1,000 shirts posing the question “Where is Peng Shuai?” with the intent of handing them out for free at the 2022 Australian Open women’s singles final. Concerns about Peng, a tennis player representing China, remain — she disappeared from the public eye last fall after accusing a former government official of sexual assault only to reemerge almost three weeks later and deny making those claims. The Women’s Tennis Association (WTA) vehemently expressed skepticism over Peng’s well-being, saying she seemed to have been pressured to retract her allegations.

Pavlou, an Australian Senate candidate, started his GoFundMe, which has all but reached its goal, as a response to police and Melbourne Park security telling two fellow activists to remove their shirts last week — see a video of that incident here. Officials said the shirts and a corresponding banner violated Tennis Australia’s rules against “political slogans.”

The incident has since garnered international attention. Former tennis pro Martina Navratilova criticized the removal as “pathetic” and also, according to ESPN, “really, really cowardly.”

After much unrest online, the head of Tennis Australia, Craig Tiley, told “The Sydney Morning Herald” on Jan. 25 that shirts supporting the Chinese player will be allowed at the Australian Open, but banners will not. Max Mok, one of the two spectators confronted for the shirts, said to the outlet that Tennis Australia’s reversal was “purely down to the media coverage we’ve received worldwide and within Australia.”

Artist Xiao, who designed the original “Where is Peng Shuai?” shirt, said in a “New York Times” interview they didn’t want Novak Djokovic’s visa status saga to overshadow what many feel is Peng’s continued lack of safety. Xiao was the other person confronted in the aforementioned video by police. They tell POPSUGAR they’re not taking interviews at this time. They do note, however, that they aren’t involved in the GoFundMe efforts and that the GoFundMe shirts are based off of their initial design.

Pavlou said to Al Jazeera this week, “Hopefully people in China, in mainland China, will see thousands of people wearing those Peng Shuai t-shirts at the Australian Open grand final, and they will know that she is still not safe. They will know that people all across the world are still speaking out for Peng Shuai.” He then called Tennis Australia’s policy reversal “a victory for people power.”

The WTA announced in December that it was suspending all WTA tournaments in China until the organization received more clarity about Peng and how the Chinese government handled her allegations. “The Washington Post” reports that the International Olympic Committee said it spoke with Peng as recently as last week and plans to meet with her at the Beijing Olympics next month.